Peugeot on the EV Bandwagon 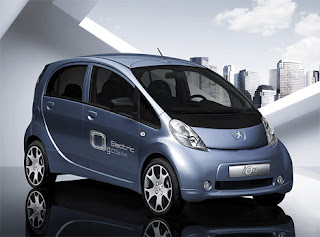 It's nice to see more and more of these making it to mainstream. Makes me wonder why the Volt is such big news. I guess anything close to revolutionary coming from Detroit is big news.

Japanese Electric Car Has a French Cousin
We now have confirmation of a deal that we reported on 9 months ago; PSA Peugeot Citroën will be selling a version of the Mitsubishi i MiEV electric car in Europe. It will be called iOn (the name is a slight improvement on the original). Peugeot targets the end of 2010 for a launch, though the question is: will they only lease them to fleet operators, or to private citizens too?...Read the full story on TreeHugger